The untapped source of clean energy you’ve never heard of 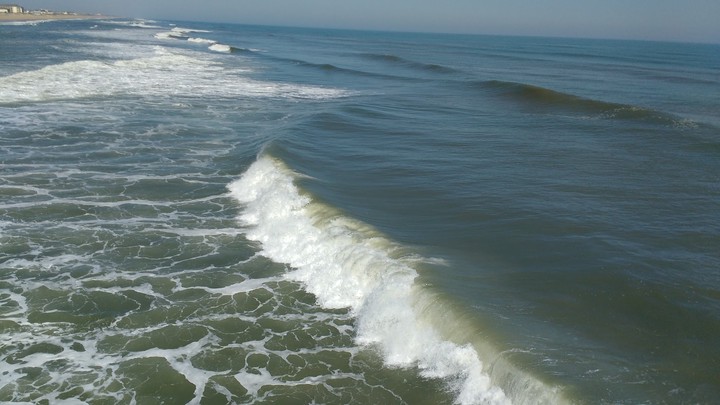 Emerging “blue energy” technologies are on the verge of unlocking a new way to generate electricity from water.

Blue energy systems extract energy from a difference in salt content between two kinds of water. Where rivers flow into the sea, for example, fresh river water and salty water mix together. This mixing releases a huge amount of energy, equivalent to the river falling into the ocean from the height of the Eiffel tower.

Humanity has harnessed water to make energy for centuries, usually in mills or dams that use its flow to do mechanical work, like turn the shaft of a grindstone or an electric generator. Making energy this way requires no chemicals and generates no emissions, but it only works where there is a change in elevation.

Just as water flowing from high to low elevation releases mechanical energy, salt moving from a high to low concentration releases chemical energy. Saltwater is full of positively and negatively charged ions, which constantly move around inside the water, bumping into each other like hyperactive toddlers in a small classroom.

Mixing salty water with freshwater is like opening the door to a second, empty classroom. Just by running around at random, some of those kids will find their way into the empty room, moving from the more crowded place into the less crowded one.

In water, this process is called diffusion, and it’s driven by the motion of all those dissolved ions. Normally, the positive and negative ions diffuse randomly, and the water just absorbs the energy they release. The basic idea behind blue energy is to make the positive and negative ions move in different directions, which creates a voltage that allows their energy to be captured.

There are a variety of ways to turn this voltage into electricity, some of which have been known for decades. But recent advances in materials have brought one of these technologies—reverse electrodialysis—to the brink of practical use.

In reverse electrodialysis, salty water is separated from the fresh water by special materials called ion exchange membranes that allow either positively or negatively charged ions to pass through them. The ions in the saltwater try to diffuse into the freshwater on the opposite sides of each membrane, but because each membrane blocks one type of ion, the system forces all of the positive ions to go one way, while the negative ions go the other (see diagram below).

This organized motion of ions allows reverse electrodialysis to generate direct current electricity from the mixing of the two waters. It requires no chemicals, generates no emissions, and has no moving parts. That means that a power plant built in a coastal area should have a minimal environmental impact. After all, the river and seawater are going to mix anyway.

A recent analysis estimated that blue energy technologies could supply 3% of current global electricity production. That’s more than double the amount currently being generated by solar panels. And since the flow of a river is relatively predictable, blue energy would provide an important complement to other renewables like wind and solar, whose output varies with the weather

Scientists and engineers around the world are working to deliver on this promise of stable, “base-load” renewable energy from saltwater. In the last 5-7 years, reverse electrodialysis has become a vibrant area of research in both academic labs and private industry, as you can see by the explosive growth in scientific and patent citations below. Fujifilm, the largest company to back the technology, has even launched a new membrane development initiative to drive down blue energy’s costs.

For now, reverse electrodialysis is confined to laboratory experiments and small pilot demonstrations, but with continued advances in ion exchange membranes, blue energy could become an important part of our energy future.